I am still trying to find the words to describe this feeling.

I had been asked to teach a class with the arts of Spoken word. Last week on Thursday I introduced myself to the kids, told them a little about my life and then proceeded giving them writing tasks. I asked them to write any and everything down that they could think of about themselves. So that when they read it out to me I could hear their own true essence come out and embrace itself.

Little did I know that particular class would take the assignment up like it was life itself asking them those questions. I asked the type of questions that force you to think into giving a different answer. Not the standard type. Not the superficial kind, not the materialistic kind. Not the plastic standard packed questions that lead into answers that the rest of the herds had copied and pasted. At the same time in all and in every word I showed them who I am and before that who I was and what I was willing to become and showed them what I was willing to do to reach my own goals. I told them my essence. I told them my own truths.

The letters returned to me via Miss. M. B. their teacher and as I sat down to read the rest of the letters, 6 weren’t present, were late or hadn’t finished. Not to mention on the first Thursday stories were told that blew me away. I had already been surprised at the results that one class had brought fourth. Even the children were amazed at their own reactions and responses.

Mid session I halted the workshop for a quick intervening moment, to focus on one of the girls who was coping with such a low level of self esteem and was driving her world insane with limiting believes about her person. I asked all of her classmates to tell her about all the positive things they see and notice bout her. The circle went round and one by one with every compliment they made towards her you could see her reconnect to this life again. 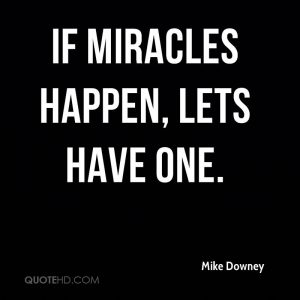 They could only see how smart she was, that she was probably one of the smartest and most talented at singing and dancing, her grades were app-laudable, there wasn’t a single person to have any negative thoughts and they showered her with love.

~Note that this is also a part, probably the best part, of the art of The Spoken Word, speaking out positive filled word to the person that needs to hear those words the most. The art of the Spoken Word is more then just art, It’s more then one mans hobby, it’s more than trying to get a o point or an opinion across. The art of Spoken Word can literally recreate the people of person it affects. It can heal, it cures, it guides. It inspires it motivates and gives love. It’s almost like a prayer from God. ~

After a quick warm up and reconnect session the rest of the stories were told. The voices were soft but told so much truth it was uplifting, it was shocking, it was amazing. The momentum I gave them from the first lesson, how I taught them to believe in who they truly are really hit home and won the match. The prize won? They embraced their hart true self and dares to tell the world about it. They dared to open up to a teacher they had only just seen once before. They put their trust in me, They trusted me. They felt safe and welcomed. They saw who I was and dared to show themselves back at me.

Because of them it became even more clear to me; who I am. I am a Life Skills Motivational and Inspirational Teacher in the Art of Spoken Word ~ recreating your world with your own positive and loving emotions. Just focus and do not stop not with that kind of love.

Enjoy this blog? Please spread and share to the word :)